A water wonderland:3 days in paradise ....  at the Marau Peninsula 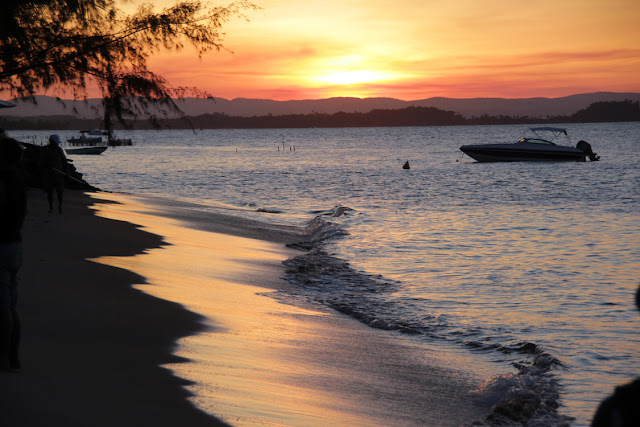 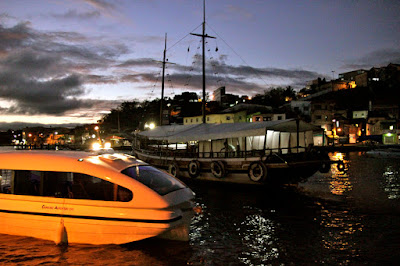 A 6+ hour bus ride (that was advertised as only 4) traveling first around the Bay of Salvador from the port, continuing south along the Atlantic coast of Bahia to Camamu where our water wonderland adventures began:
As the comfortable travel coach manouvers and bumps into Camamu, equatorial twilight and darkness comes swiftly at about 5:30 pm.
Mystery mounts as we bundle into the large covered speedboat for the 30 minute high-speed ride across the water to Barre Grande.

Water ways for people in schooners, speedboats, or sailing vessels as well as leaves, pods, and seeds. 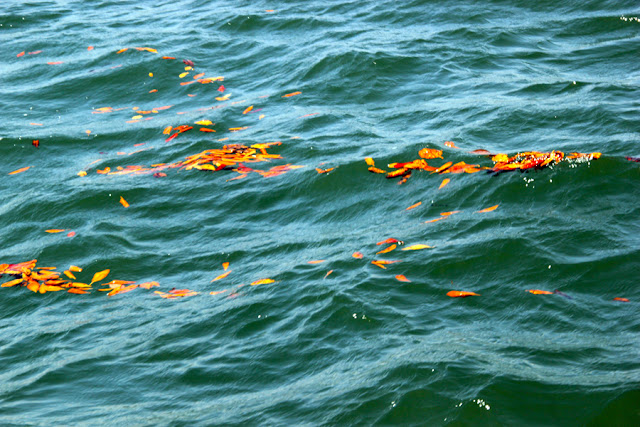 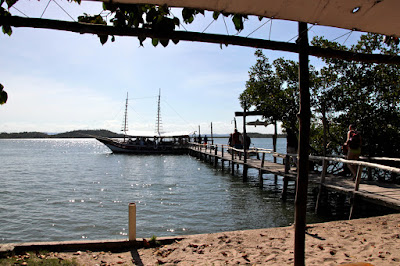 A day trip on this schooner to another island to visit Casaiba where the schooners are hand -built by laborers as they have done for many decades. 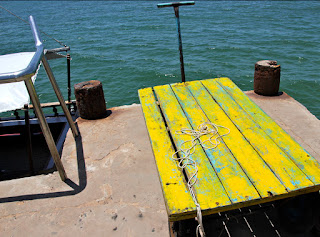 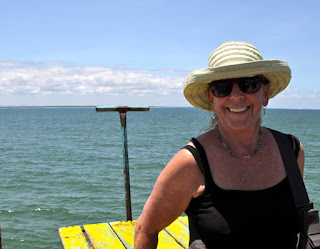 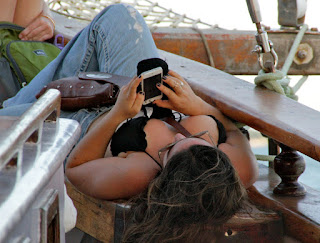 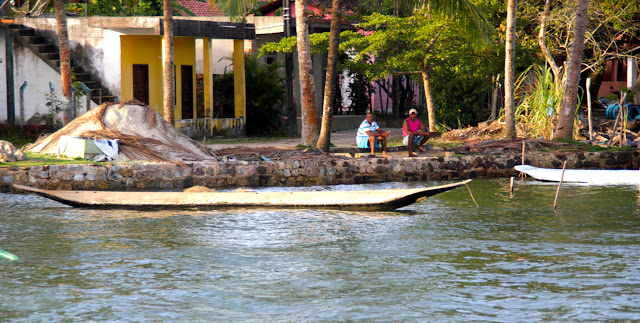 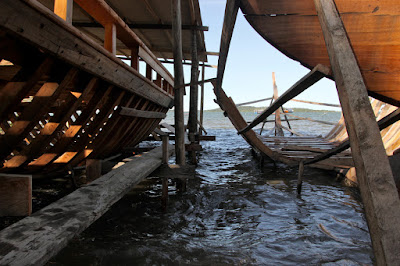 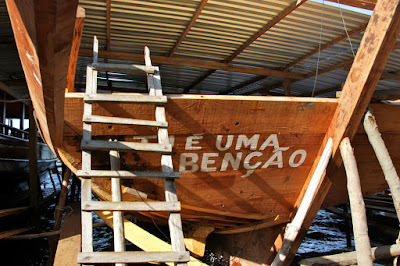 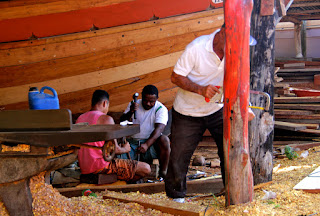 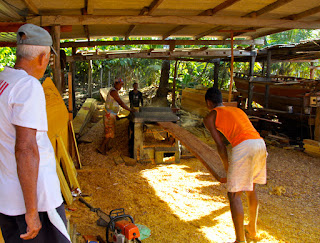 By schooner we came to this restaurant at Sapinto where we were served fresh fruits, fresh lobsters, bean and rice, and multiple sweets. 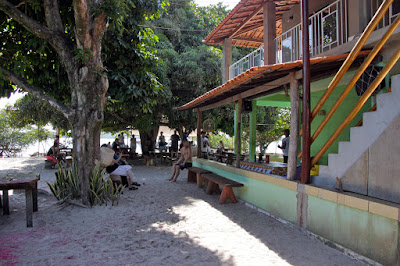 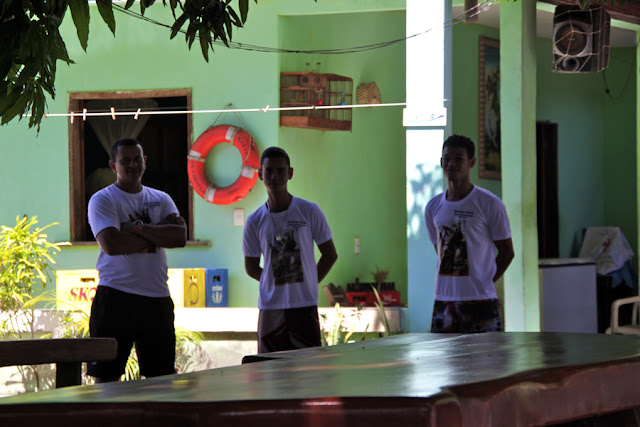 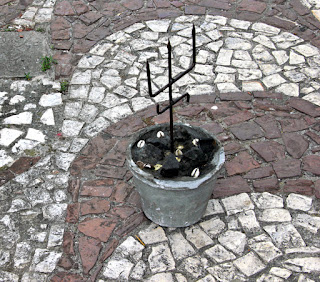 On a Sunday morning in the vacant business district of Salvador harbor, evidence of a Condomble event from the night before. Condomble blends West African Yoruba traditions with some Roman
Catholic beliefs and adds in rituals somewhat akin to VooDoo. 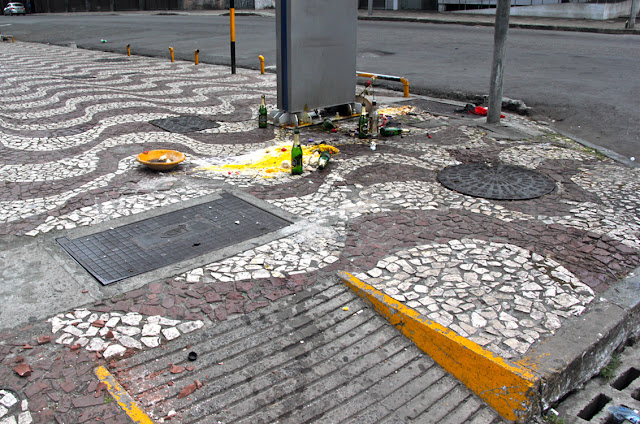 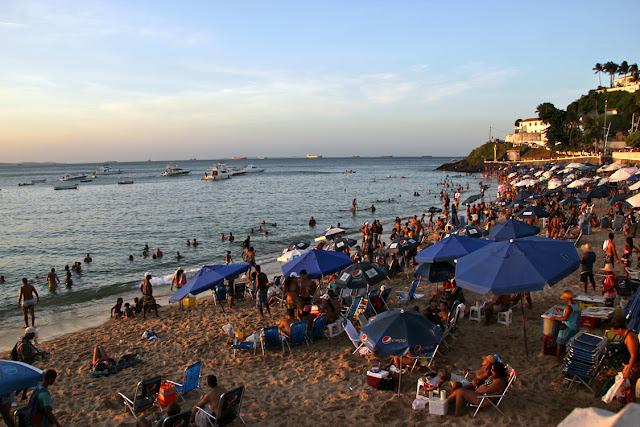 Brazilians celebrate sunset at the beach with music and clapping just as the sun goes down. 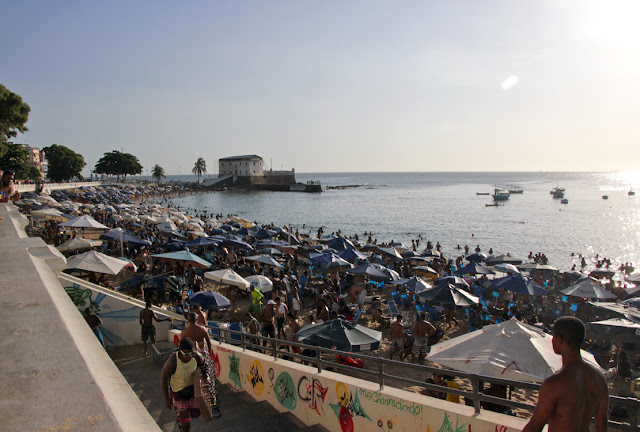 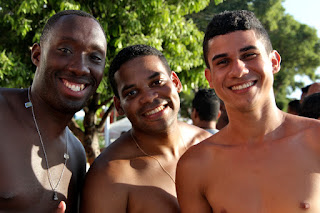 Posted by Judy McLeod at 5:49 AM No comments:

on the streets of SENEGAL 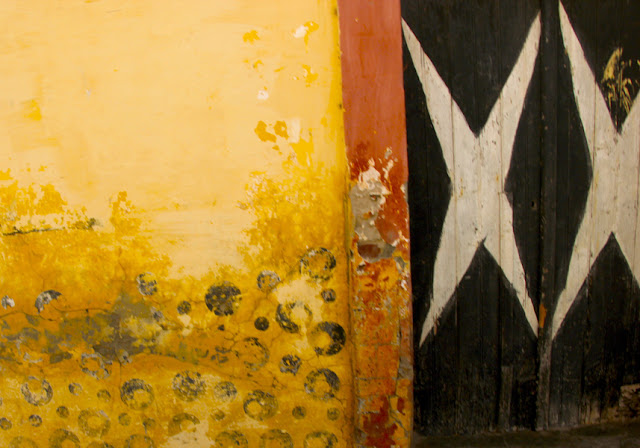 
Goree Island
Out of mosquito fear (of Malaria, Dengue, Chikungunia) and cultural-sensitivity warnings that, as visitors, we must completely cover all skin, several hundred SAS students and faculty made our HOT and OVER-DRESSED way by ferries to Goree Island in the harbor off Dakar.  It was too hot and too humid for too many in our long sleeved and protective clothing.
Goree Island today is a charming town with a sobering historic slave prison site from which many thousands of slaves departed on the Middle Passage for the new world. 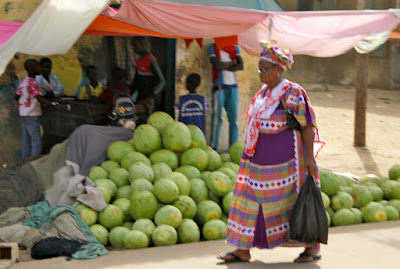 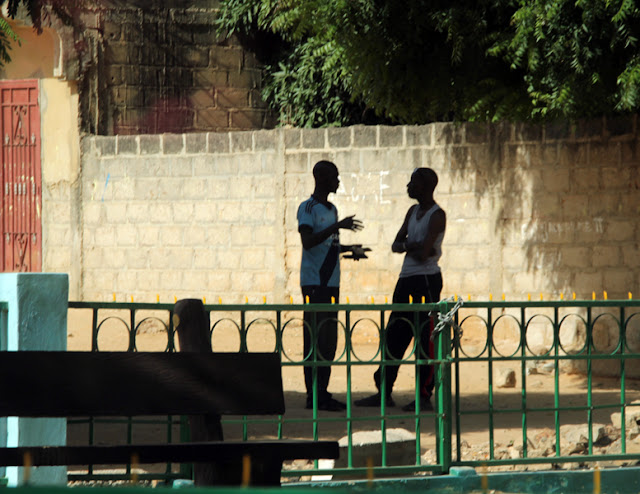 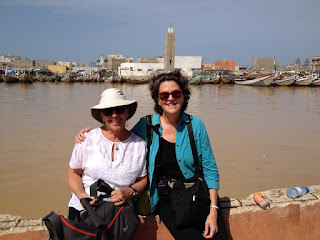 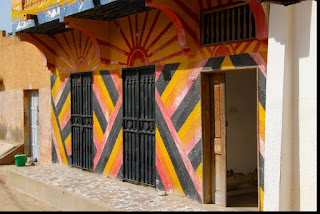 In Senegal there are 4 Muslim Brotherhoods which define different sects of Senegalese Islam.

90% of the Senegalese are Muslim while 10% are Christian.
The Brotherhoods were founded some decades ago by different men who are believed by their respective followers to be reincarnations of The Profit Muhammed.  These four brotherhoods each have a shrine or a mosque where there are large mausoleums of the respective profits and their sons and their grandsons. 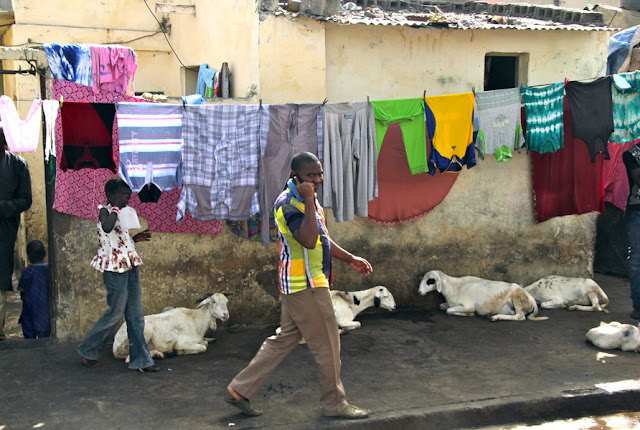 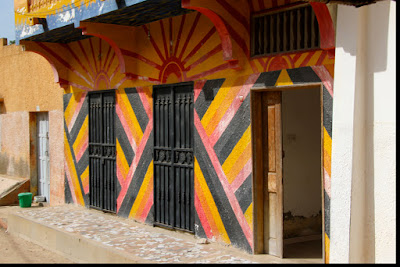 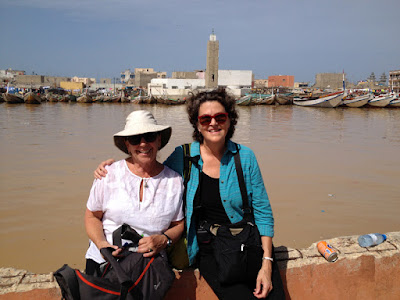 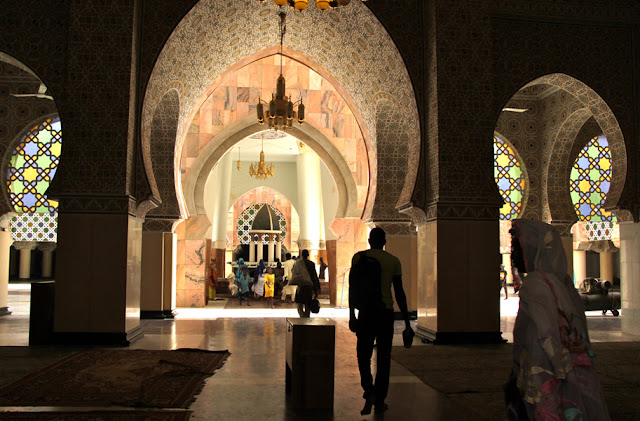 Posted by Judy McLeod at 1:59 PM No comments: